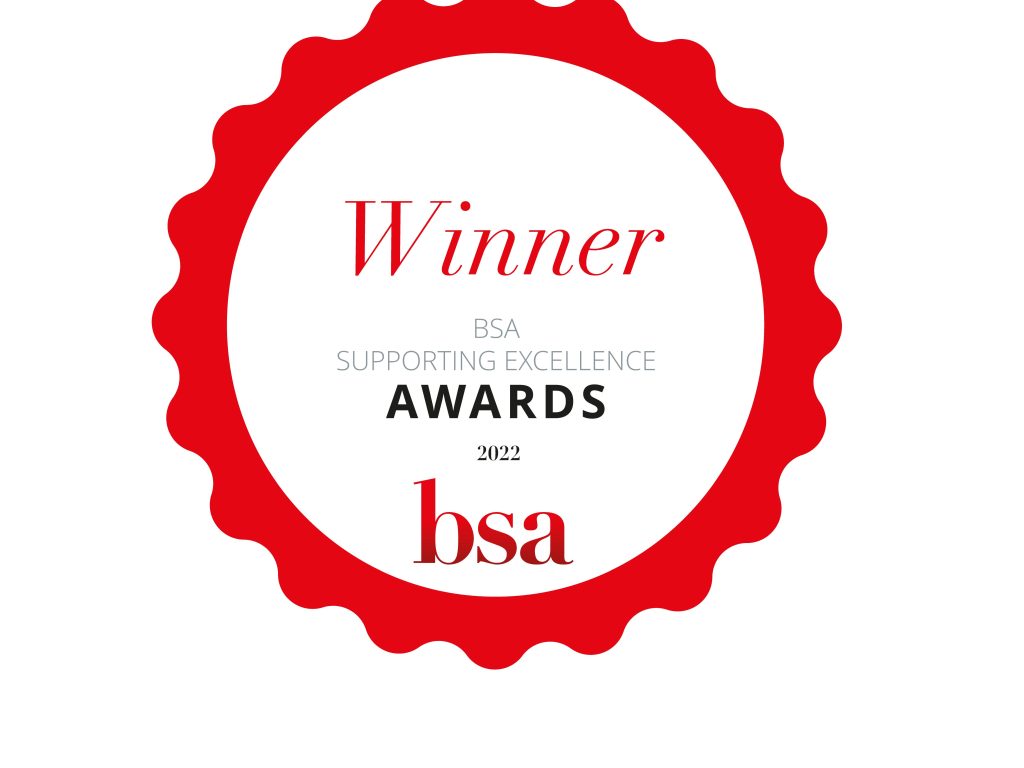 The Boarding Schools’ Association has announced the winners of its annual Supporting Excellence Awards. BSA unveiled the winners at its Annual Conference for Heads, sponsored by Innermedia and Schoolblazer, which took place in Oxford on 3-4 May 2022.

First held in 2018, the BSA Awards celebrate the achievements, hard work, and dedication of schools and individuals to boarding. This year’s awards, which were sponsored by Engage, were the biggest yet, with two new categories being introduced: ‘Best New INDEX (Inclusion and Diversity Excellence) Initiative Award (sponsored by Moore Barlow)’ and ‘Best New Artwork Project (sponsored by Shelleys the Printers, Sherborne)’.

It was once again a bumper year for award entries, with 160 submissions across 15 categories. Highlights of this year’s awards included the winner of this year’s Stephen Winkley Award, David Barnes, Senior Master at Strathallan School. In almost 40 years at the Perthshire School, David has taught a range of subjects including Geography, Maths and Physical Education. He has held roles as a Resident Tutor, Housemaster, Deputy Head Pastoral and Head of Boarding, the latter two roles spanning 21 years.

David has taken a lead on child protection at the school, developing the robust counselling and guardianship services and was instrumental in setting up and chairing the Perth and Kinross Independent Schools Child Protection Committee in order to share good practice. He also ran an athletics programme for 10 years and coached the school’s rugby squads, with many of his former pupils going on to win international honours with Scotland.

Describing him as ‘a role model for anyone working in the world of boarding’, the judges praised the way ‘he has dedicated his career to education, boarding, supporting young people and to school life. He has always been there at the coal face and sharp end while also finding time to be an expert in the crucial area of safeguarding children’.

BSA also handed out a very special award, the Khadija Saye Photography Award, named in honour of the former Rugby School boarding pupil and respected international photographer, who tragically died in the Grenfell Tower fire in 2017. The award went to Leander of Eastbourne College, whose winning entry comprised a portfolio of 35mm photographs, shot across various locations around London. Leander impressed the judges with a collection of images ‘with a strong emphasis put on architecture and places that are not seen or thought of when one pictures the city in their mind.’ The judges called Leander’s work ‘an outstanding submission’, praising the ‘enormous care taken to set up technically challenging portraits of people and locations in London, experimenting with colour and mono 35mm film, light, shade and variable shutter speeds’.

Robin Fletcher, CEO of the Boarding Schools’ Association and BSA Group, said: “Each year, our annual Supporting Excellence Awards remind us of all the outstanding work carried out by our member schools and boarding staff, and their tireless efforts to support students in every way they can. These awards capture the very essence of what makes boarding such a unique and special environment. It truly is a pleasure to be able to highlight such terrific work.

“Our awards always prove popular with member schools. This year was no exception and the quality of submissions was excellent across all categories. The judges definitely had an unenviable task in choosing the overall winners from such an outstanding crop of entries.

“From all the team at BSA, I’d like to say congratulations to all of the winners and finalists, and thank you to everyone who took the time to send us their submissions. Special thanks also go to our sponsors, Engage, for supporting the awards for a second year in a row, and to all of the sponsors of the individual award categories.”

Please see below a full list of the winners and highly commended finalists from this year’s BSA Supporting Excellence Awards, sponsored by Engage:

International School of the Year Award (sponsored by Password)