Most schools offer scholarships for children talented in particular areas: academic, sporting, dramatic, artistic and musical children may be rewarded in this way. Schools may also have bursary schemes, where financial assistance is offered where appropriate. Schools’ policies will differ on both scholarships and bursaries, but are often more generous than most people would expect. Consult the school for details.

ARE THERE DEADLINES FOR APPLICATIONS?

Most schools expect applications for September admission to be made about a year in advance. Most will have closing dates for entry at 7, 11, 13 and 16 and these may be tied to the administration of entrance or scholarship tests. Particularly in boarding schools, it is important to be able to plan accommodation and staffing well in advance. But students may enter a school at any time, if the school has space and an appropriate curriculum for the child. If you become suddenly interested in a boarding place for a child, for whatever reason, it is always worth asking.

HOW TOUGH ARE THE ENTRANCE TESTS?

That also depends. In the most academic schools, the tests may be very tough, and this is likely to be well known by applicants. But boarding schools in particular are many and various in type and there are schools which cater for the talents of most children, regardless of their academic ability. Boarding schools are well aware that a student who does not shine in the classroom, or perhaps has a specific learning difficulty such as dyslexia, may become a fine artist, or a leading actor, or an outstanding athlete. In such schools, the entrance test is useful to the school to ensure the provision they can make for a particular student is appropriate. Early discussions with the Headteacher should help you be sure that you are applying to a school in which your child will thrive, and in such a case the entrance test should not be a problem.

HOW MUCH DOES A BOARDING EDUCATION COST?

That depends on the school. Preparatory schools fees, for instance, for children up to the age of 13, are usually less than those at a senior school. The average termly fee in the junior years is just over £4,000, for a sixth former, it may be more than £7000. Details of fees for the following academic year are usually announced at Easter.

CAN A CHILD TRY BOARDING BEFORE WE COMMIT?

Many boarding schools are happy to allow a prospective student to stay overnight in a boarding house before the final decision is made about entering a school, particularly if the student is new to boarding. If your child would like a ‘Taster Day’, discuss with the Headteacher.

HOW DO WE KNOW IT’S A GOOD BOARDING SCHOOL?

Boarding welfare in both independent schools and state boarding schools is inspected and reported upon every three years.

For several years, all boarding schools in England have been operating according to the 20 National Minimum Standards for Boarding Schools, which are very specific about the standards expected of boarding schools in every element of their operation, from the distance between beds to the supervision of free time. Parents can expect that standards have never been higher.

WHERE WILL MY CHILD LIVE?

Another ‘That depends’ answer! Younger boarders are likely to share bedrooms for up to six children, more usually 4, so each child has their own area which they can personalise with photos and favourite things, but also has the company of other children. It’s a sociable and happy environment in which strong friendships are forged.

Senior pupils’ accommodation will be strongly reminiscent of university accommodation, and supervision is likely to be ‘lighter-touch’, as is age-appropriate.

Whatever the age of boarders, their House is likely to have comfortable communal areas for relaxing and socialising and, as they get older, even cooking for themselves.

WILL THE FOOD BE GOOD?

Yes. Boarders will certainly complain if it isn’t, and good food is an important part of what boarders and parents expect. If you are visiting a school, ask the children already there – they will tell you the truth. Better still, ask if you can join the school for lunch, perhaps.

DOES IT MATTER IF I WANT TO ARRIVE LATE AND LEAVE EARLY  – BEING OVERSEAS MAKES TERM DATES DIFFICULT?

Yes, it matters immensely. Do everything you can to make sure your child is there for the start, when everyone gets acquainted, and there for the end, because the last days of term can be the most fun and often have important occasions such as the Carol Service or Speech Day. Don’t let your child miss these vital experiences in a British boarding school.

Term dates are important and they are published at least a year in advance. Bite the bullet and book early – but don’t start late and leave early. 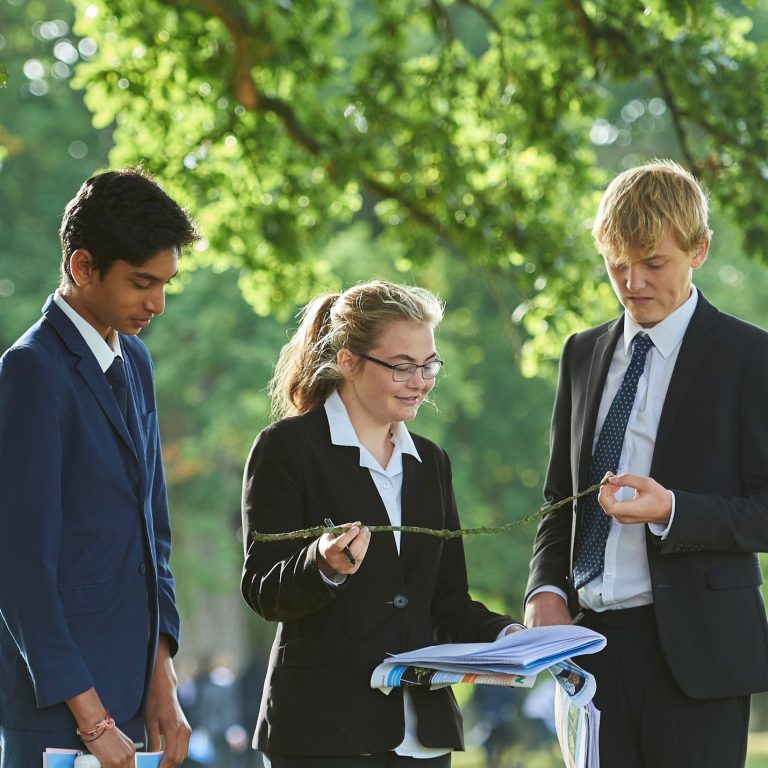 Join us for our 'Boarding sector update for Wales' 1hr webinar on Friday, 11 February. For more information or to book visit: https://t.co/TM23vSCl3f