Tackling bias in a school with international pupils 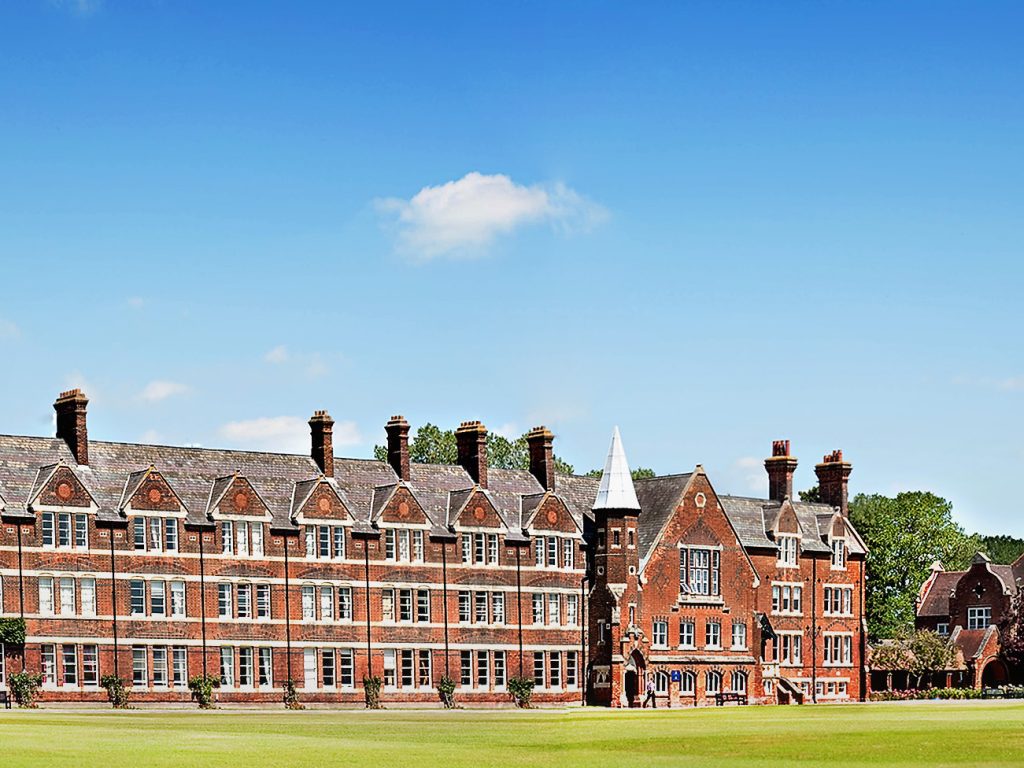 Feeling included and equally valued while at school is fundamental to a young person’s view of themselves and the world, so it is vital that schools with an international student body do all they can to remove the barriers to learning and development that can be built by unconscious bias, writes Rebecca Purdy, Assistant Head: Staff and Co-curricular at Felsted School.

Not only does students’ experience throughout their formative school years have a significant influence on their opportunity to make the most of all a modern education has to offer, but it can also be a game-changer when it comes to achieving happiness and success in adult life.

However, so much of modern schooling around the world is still deeply entrenched in the past, when people with the power and position to influence the edification of the young and the structure of the institutions that would achieve it drew on their own experiences and value systems to decide which knowledge and which behaviours should be promoted and passed on, and which not. Tightly wound around this framework of what constituted ‘a good education’ were the tentacles of what we now recognise as bias – both unconscious and, in many cases, unapologetically conscious.

The importance of tackling bias – which often intersects with sexism, racism, ableism and economic discrimination in schools – cannot be underestimated. Removing the barriers to successful learning and working that are constructed purely of bias can be transformational. The first step is to recognise that bias is alive and well and undoubtedly evident in almost every school: unspoken assumptions, inconsiderate remarks, insensitive implications that are invisible to so many, but are like a slap in the face to others. They send the message that school is not a place for all, and can result in a significant erosion of an individual’s self-esteem and a reluctance to engage with a system and community that is perceived to be unwelcoming. Exposing and tackling bias – and not pretending it doesn’t exist – is the only way to begin the process of reducing, and eventually erasing, discriminatory behaviour in schools, and potentially, given time, the wider community.

It was as I worked on the research element of my Masters in Education dissertation entitled ‘The Views of International and Domestic Students on Inclusive Practices in an English Boarding School’ that I felt a dawning realisation of the extent of unconscious discriminatory behaviour in many schools, and even in my own. I am Assistant Head Staff and Co-curricular at an independent day and boarding school in the rural east of England, Felsted, where a fifth of the student population are ‘internationals’. In fact, it was the ‘international’ label that first alerted me to the feeling of discomfort. The bias behind describing young people in terms of their non-UK residency did not sit well with me, yet was well established in the school’s lexicon. I determined to examine how this bias had become so firmly rooted and to dig it out, along with any others that were found to be stifling young people who should by rights be blossoming.

The first step was to make the unconscious conscious.

People who propagate bias often simply don’t realise that their way of seeing and talking about the world represents a bias against others who see things – or experience things – a different way. A big dose of self-awareness is sometimes all it takes for a sudden dawning of responsibility – and usually mortification. This means moving out of your comfort zone and critiquing yourself, your language, your behaviours – and for teachers, your teaching – which can be a challenge, particularly for those who are more used to their methods being praised. But to chop down bias, there needs to be an encouragement to become self-reflective and to take pride in identifying aspects of the school experience where unconscious bias is shutting out the sunlight for some students; or even one.

At Felsted, students whose families are not in the UK are now no longer referred to by the traditional term ‘home students’ and we aim to be more precise about where ‘international students’ are actually from, rather than allowing the fact that they are not UK-based to define them. I hope this will be an example to other schools to do the same. But there are many other ways that non-UK-based students are made not to feel at home in UK schools, and these all need to be addressed.

The idea that all students in an English school should speak English at all times, for example. I took the opportunity to educate Felsted’s teaching staff through a series of presentations, and one of my first points was that students are not always ‘off task’ if they are not silent, and that there is a huge body of research that shows the many benefits of translanguaging. This new perspective resonated immediately once it was highlighted. Now the corridors and boarding houses are full of multilingual chit-chat.

Some schools still ask non-UK students to provide Anglicised versions of their names and, although the Felsted admissions staff do not require it, many students offer them anyway as they have seen older relatives do the same. Students also insist that they are used, perhaps out of a misplaced sense of politeness. However, staff and students at Felsted are encouraged instead to make the effort to practise pronunciation in advance and not ask in front of others ‘am I saying this right?’ Culture changes with constant reiteration.

Being aware of the language and resources used in lessons, and scrupulously checking for unconscious bias or any indication of non-inclusivity is the only way to ensure that no-one feels excluded. The advantages of sharing best practice between academic departments and empowering students and staff to draw attention to anything that causes discomfort are drip fed, little and often, to keep them top of mind. Making sure diversity and inclusion are standing items at all departmental meetings, including for boarding staff, also helps to keep these important aspects literally on the agenda.

Once unconscious bias and discriminatory behaviour begins to be pruned, it quickly withers of its own accord. At my school, there is a tangible appreciation among school staff of the impact of their choices on students, and they communicate this wherever they go – to other schools, in the community and society at large. As schools become actively positive about diversity and inclusion, those who were once in the shade when it came to educational opportunities soon bask in the sunlight and grow.