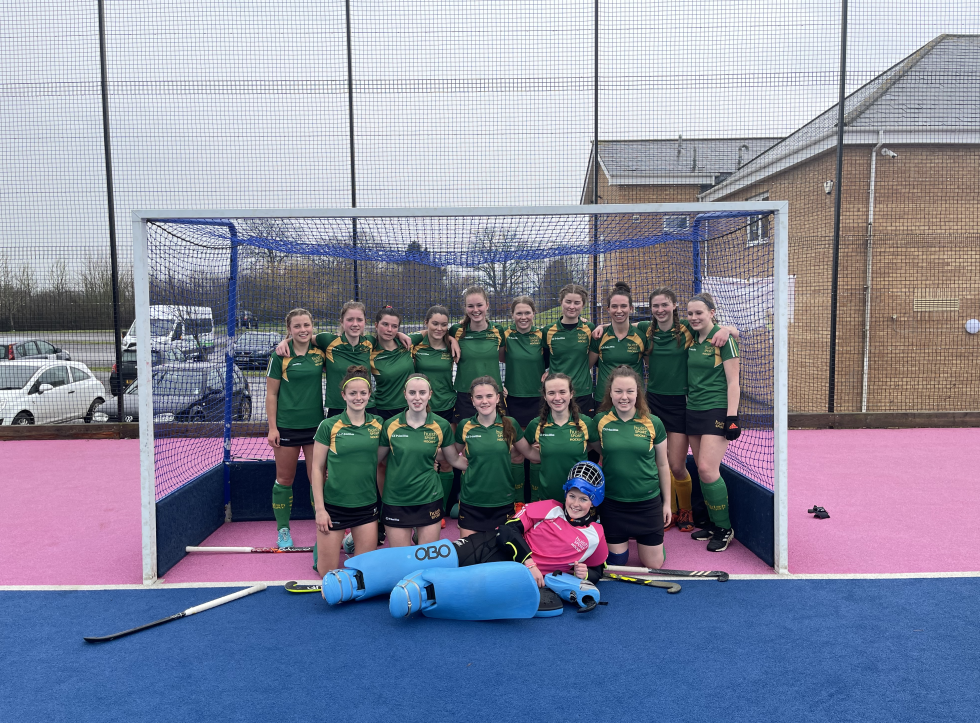 Following a slow start, Huish were two goals down against an impressive Hill Road team, who had some skilful forwards putting Huish under early pressure. However, the Huish team showed great resilience and determination and earned themselves a penalty flick from an attacking short corner, Alice Partridge stepped up to take the shot and successfully scored. Pressure and attacking influence on the game from Huish grew leading to a follow up goal from Abby Murray scoring a great first-time finish.

Huish started the 2nd half strong, scoring first with a second goal from Alice in the match. The team were starting to play more confidently, and everyone kept their intensity very high in defence. This made Hills Road tire in the later stages, which proved very crucial for more chances in the 2nd half. After sustained pressure and dynamic dribbling from Lauren Morrish down the right side, Huish secured their fourth goal with Alice assisting with a shot through the goalkeeper’s legs.

Huish had to manage going down to 10 players on two occasions, but the team stuck together and continued to defend well and managed the game in the attacking half. Abi Brant’s aerials and disguised passing helped clear the ball away from the goal excellently to manage the game. With the time beginning to run out, Hills Road scored a quick counter-attack goal from the Huish attacking short corner with two minutes to go. They tried scoring an equaliser in the last two minutes, but Huish remained resilient and secured their win with the buzzer ending the hotly contested game at 4-3 (goal scorers: Alice Partridge x 3 and Abby Murray).

Sports Coach Ieuan Davies commented on Huish’s performance “All the girls are incredibly happy to be going to the National Final on 4th May in Walsall. They all represented the College fantastically from start to finish!”