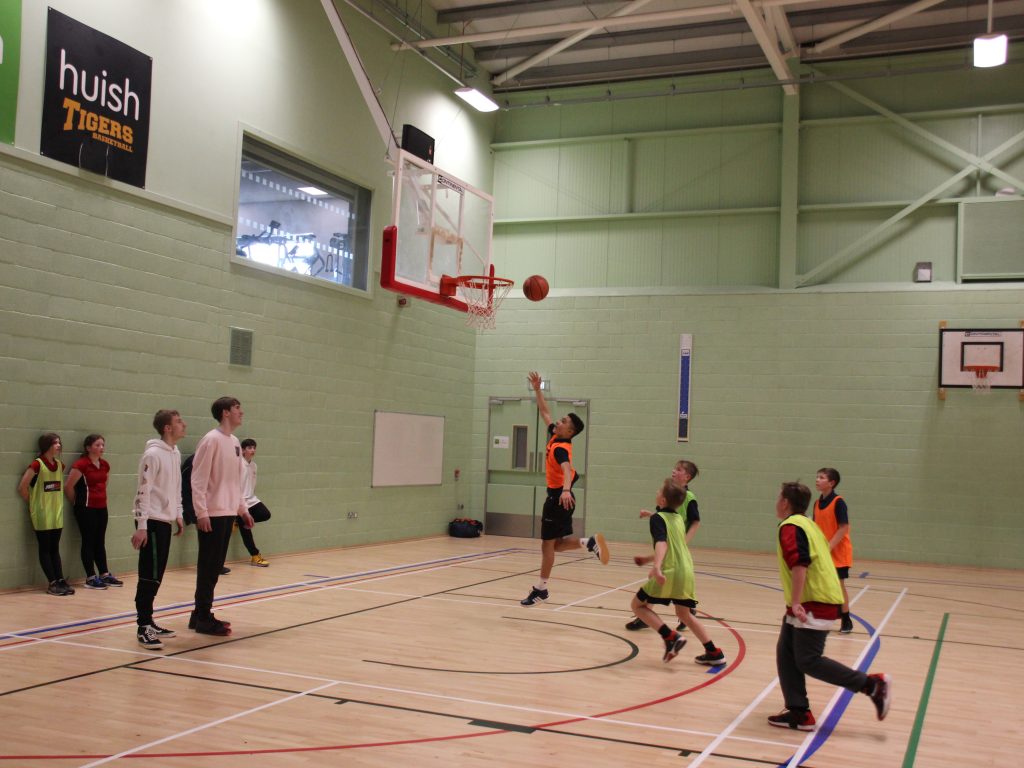 Richard Huish College, in partnership with Somerset Activity & Sports Partnership (SASP), recently held Basketball sessions for Year 8 students from across the local area to help to improve and develop Basketball across the county and local area.

The vision of the Huish Tigers is to develop Basketball, people, players and teams, alongside exceptional academics. The Huish Men’s and Women’s teams have had many successes in recent years, winning the AOC Sport National Women’s Knockout Cup and Silver in the AOC Sport National Men’s Knockout Cup in 2019 and in 2020 both teams were crowned joint champions in the Basketball England Dynamik Cups. Furthermore, each team qualified for the AOC Nationals Competitions and the Men’s team were due to compete in the semi-final of the National Colleges Cup in 2020 before the events were unfortunately cancelled due to the pandemic.

The Year 8 pupils had the chance to learn from Huish Tigers Basketballers who put them through a variety of drills before later setting up a range of 3v3 mini games which gave them the opportunity to put what they had learned in to practice. It also gave the players at Huish to a chance to further develop their coaching skills.

Huish Tigers Coach, Gary Carter commented “It was great to welcome the younger pupils to the #TigersFamily, our mission is to inspire a generation of positive basketball players and it was fantastic to see the current generation sharing their skills with the up-and-coming players of the future”.