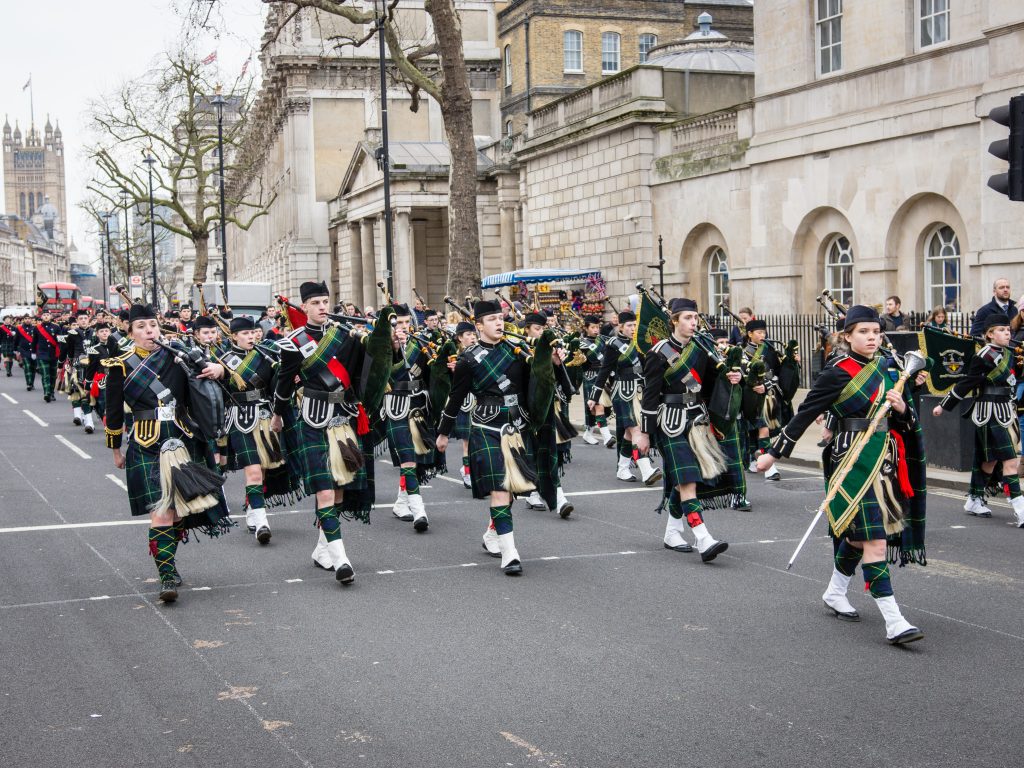 Gordon’s School returned to Whitehall on Saturday for the annual Parade in memory of General Charles Gordon in whose honour the school was founded.

The Parade, along one of London’s most iconic streets, was cancelled due to the pandemic last year, for the first time in living memory. But the 200 students together with the Pipes and Drums, which brought traffic to a standstill, more than made up for the missed event as they made their way along Whitehall to the General Gordon statue on the banks of the Thames.

The Surrey School, which is the national monument to General Gordon – is the only one in the country permitted to march along the central London venue – and commemorating General Gordon’s life has been an integral part of the School’s history.

Dressed in their ceremonial Blues uniform, after marching along Whitehall and past the Cenotaph, students arrived at the statue of General Gordon at the Victoria Embankment Gardens. There they took part in a Memorial Service led by the School Chaplain the Reverend Graham Wright, to commemorate the death of the Christian, soldier, hero and philanthropist, General Charles George Gordon.

Bugler Ben Hallett from the school sounded the Last Post and wreaths were laid at the foot of the statue by Head Boy Scott Ross and representatives of the Gordon family and Gordonians. The Lament was played by the Pipe Major Matthew Carter.

The co-educational day and boarding school, which is now one of the highest achieving state-funded secondary schools in England, first opened its doors in 1885 as Gordon Boys’ Home at the behest of Queen Victoria, who wanted a fitting National memorial to be created in Gordon’s honour.

To date, the school continues to have the reigning sovereign as its patron and keeps up the tradition of marching, which is undertaken by every student, dressed in their Blues.

Head Teacher Andrew Moss commented: “As always, we were honoured to be able to uphold our tradition, which is a much anticipated event for the whole school. As the only school granted permission to march through Whitehall once again our students represented Gordon’s School to the highest standard, of which General Gordon himself would have been proud.

“Our thanks go to the City of Westminster for allowing us to continue our tradition, to staff and students for their commitment and dedication and to all the parents who helped organise travel and who continue to support the school and our students.”

The Whitehall Parade, was followed by the annual General Gordon Memorial Service in Guildford Cathedral the next day, attended by students and staff. The service was led by the Very Reverend Dianna Gwilliams, Dean of Guildford and the Reverend Denis Robinson, former Chaplain of Gordon’s delivered the annual Gordon Sermon.