Dauntsey’s Crew in training for the DW – the “Canoeists’ Everest” 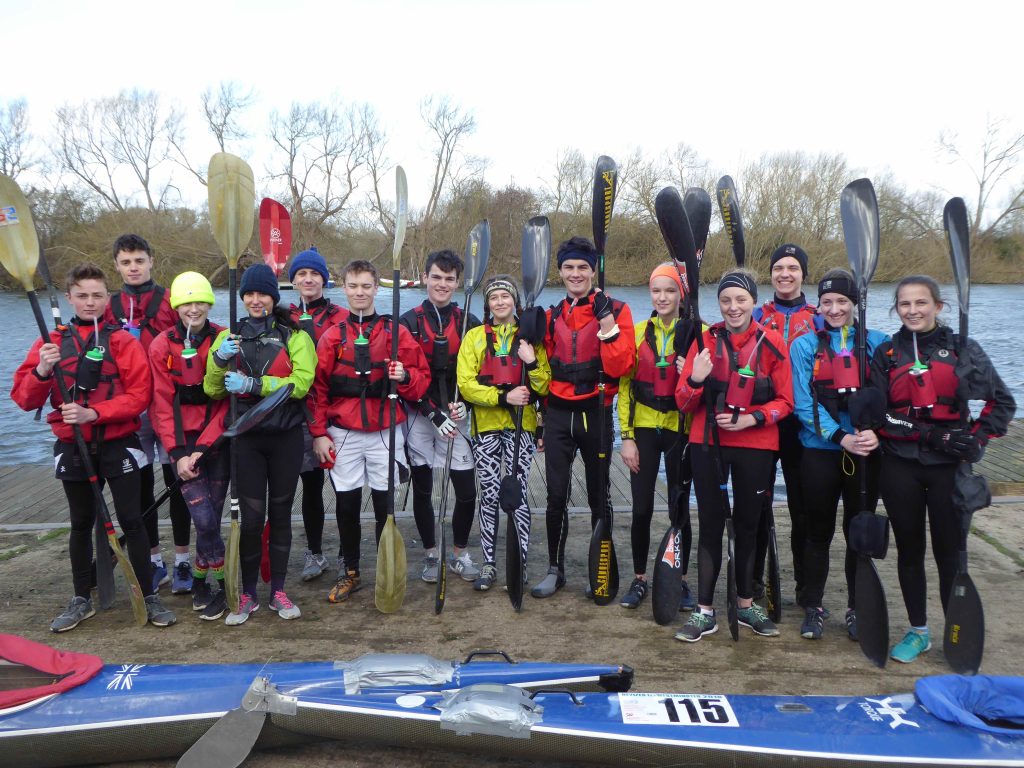 Photograph shows: The Dauntsey’s DW team who are currently in training for Devizes to Westminster canoe race

The race involves paddling the 125 miles between Devizes to Westminster in three and a half days over the Easter weekend – the equivalent of a marathon a day. Dauntsey’s has been entering teams in the DW for more than 40 years.

“Having selected our final team, full training is now underway, with three water-based sessions a week, in all weathers. The crews are working hard and this week have turned in their fastest speeds so far.

“With the recent snap of cold weather, they have had to contend with ice on the canal for the first time which is a challenge – anything but the thinnest ice means a long run carrying the boat!”

Ben, a Lower Sixth student who is a member of the Dauntsey’s team added;

“We are very excited to be taking on this adventure and following in the footsteps of so many Dauntsey’s students before us. We know it will be hard work but it will be worth it when we get to Westminster.

Dauntsey’s crew will paddle in aid of the mental health charity, MIND, the School’s chosen charity for this year.