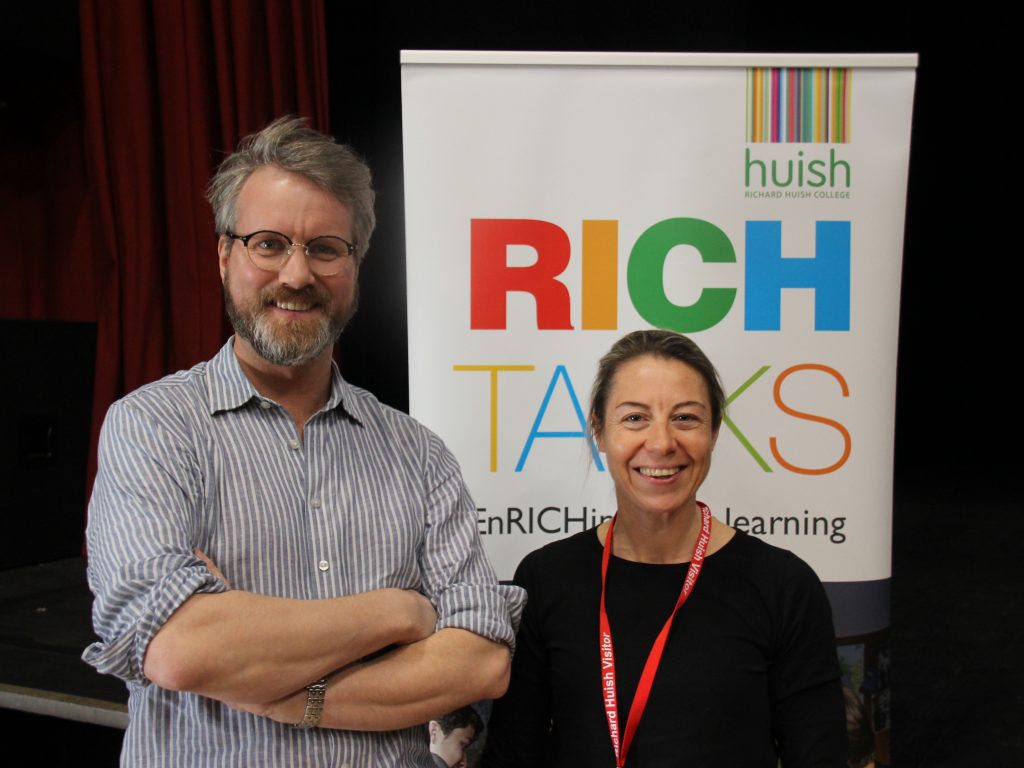 As part of Richard Huish College’s RICHTalks offering, Dr Alex Cross and Phil Carrotte came to speak to students about their voyage to the Antarctic as part of ‘Antarctic Quest 21’.

Phil is a Principal Consultant at Costain and Alex has multiple roles as an Emergency Medicine Consultant at Royal Devon and Exeter NHS trust, the Service Lead consultant for Major Trauma in the Royal Cornwall Hospital Trust and Doctor for the Devon Air Ambulance Service.

The expedition began on 15th December 2021 with the team travelling from Ushuaia in Argentina to the Antarctic Peninsula by ship to reach the unexplored territory. During the expedition the team had to work together and stay united as they battled against some of the harshest weather conditions. The research conducted included taking snow samples from different areas of the land and by the end of the expedition the team had filled 15 steel bottles with snow samples that will go on to be used for microplastic analysis.

The expedition lasted roughly one month with the journey ending prematurely due to difficulties with COVID-19 restrictions, the team were left with an ultimatum to risk being stranded and keep researching or turn around and for a cruise to pick them up. Ultimately, they decided the latter option was the best choice but cutting the trip short didn’t dampen the team’s spirit as they wrapped up a remarkable and unique adventure.

The pair shared fascinating insight into what the journey was like, telling stories on the experiences they had, from the different wildlife they saw to skiing in areas which they believe no human had ever ventured before. They also shared photos and videos to demonstrate some of the extreme weather they faced during the trip and brought along some of the equipment and clothing they had used.

In what was one of the largest turnouts for a RICHTalk so far, students left fascinated and inspired knowing they too could travel to the Antarctic one day to help tackle the many issues surrounding climate change.

For those interested in environmental careers Huish offers a range of Earth Sciences (Geography, Geology and Environmental Science) that can be combined with a wide variety of options (Economics, Modern Foreign Languages, Business, Applied Science, Biology, Politics, and Media to name a few) to progress into a whole mixture of job roles.