Piling on the Kilos After Christmas for Mental Health 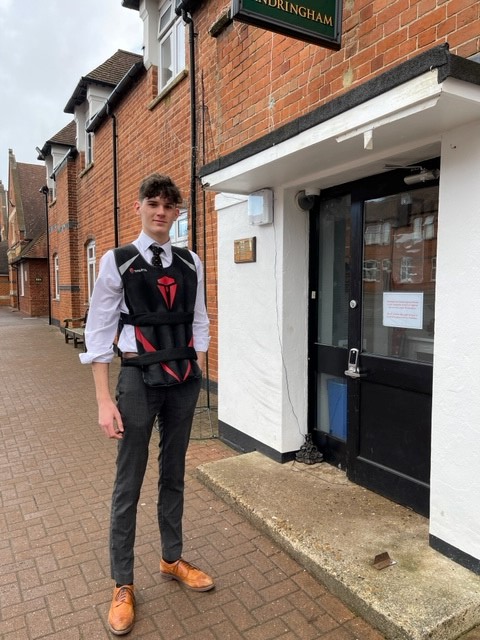 A perennial problem for some, putting on extra pounds after Christmas. But for Gordon’s Sixth Former Jake Wright, his post-Christmas weight has increased by 20 kilos!

Jake started wearing a 20kg weighted vest on 1st January and will continue until the end of the month in a bid to raise as much money as he can for the men’s mental health charity ManUp? The teenager, who wears the vest all the time, except when sleeping and showering, researched a number of charities before picking ManUp?, which aims to change minds about men’s mental health.

Jake says the extra weight has caused him some pain in his calves, shoulders and lower back but “I wanted to put myself through something difficult because of what other guys are going through”.

ManUp? Founder and CEO Dan Somers described the fundraising initiative as “genius”, adding: “It’s awesome to see a younger person do this”.

Jake’s weighty challenge has also been supported by staff and students at his school in West End.

Deputy Head Andrew Reeve commented: “It’s inspiring to see Jake wearing his vest day in and day out. It is such an important aspect to realise that mental health can impact everyone of whatever age and this recognition from a student is both insightful and heartwarming. We are delighted to be supporting him.”