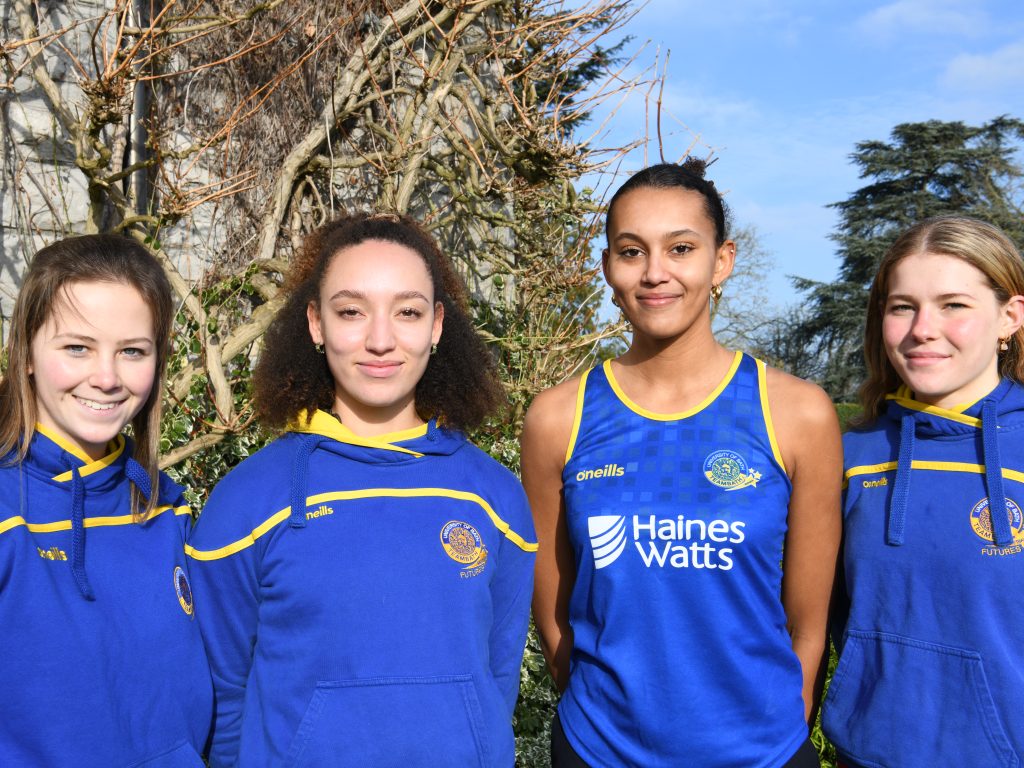 The netballers were selected after a series of vigorous trials and will train and play weekly with their respective teams. The NPL season is now underway and commences at the end of April.

Upper Sixth Scholar Bella joined Millfield in Sixth Form and has been a pivotal part of Millfield netball’s first team and Team Bath’s development pathway. Bella is Millfield’s first team Captain along with Izzy Mackenzie who is vice Captain.

Bella says, “Millfield has played a crucial role in my selection into Team Bath; with high quality coaching and facilities on site I am able to train every day to push myself onto performance programmes. It is an honour to play in blue and gold and I would love to continue playing in the NPL and superleague set up in the future.”

Director of Netball, Jenna Adamson, said, “I am incredibly proud of what these young ladies continue to achieve both in school and at Team Bath. They are fantastic role models to all and their hard work and dedication shows that you can work your way up within the performance pathway or enter at any point. I am looking forward to seeing them in action this season.”